Hospitals with Midwives on Staff Have Better Outcomes 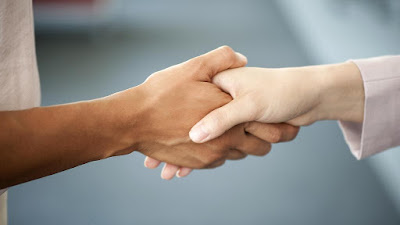 Here are two recent studies showing that hospitals with midwives and doctors practicing together ("interprofessional" centers) have better outcomes than hospitals with only doctors. One study is on first-time mothers (nulliparous), and the other study is on women who have given birth before (multiparous), to separate out the possible effects of parity.

For multiparous mothers (multips), women were again much less likely to be induced or have augmentation of labor in interprofessional centers. The first-time cesarean rate was 36% lower, and the Vaginal Birth After Cesarean (VBAC) rate was 31% higher than in institutions with only doctors. Neonatal outcomes were similar between the two types of centers.

The implication here is that not only do midwives lower the rates of interventions without endangering outcomes, they also influence the hospital culture in a positive way. Doctors who work with midwives tend to be more flexible about interventions, less likely to push a cesarean without need, and more likely to support VBACs.

If you are considering a hospital birth, try to choose a hospital with both doctors and midwives on staff, one with low overall cesarean rates, and strongly consider hiring a doula for professional labor support. Most women can safely be attended by a midwife, so make that your first choice if you can. If a risk comes up that means that you need to see an OB or high-risk maternal fetal medicine (MFM) specialist, the midwife will refer you to one, probably one that is supportive of the parents' birth wishes whenever conditions allow.


...We sought to use national United States data to analyze the association between midwifery presence in maternity care teams and the birth processes and outcomes of low-risk parous women. METHODS: We conducted a retrospective cohort study using Consortium on Safe Labor data from low-risk parous women in either interprofessional care (n = 12 125) or noninterprofessional care centers (n = 8996). .. women at interprofessional centers, compared with women at noninterprofessional centers, were 85% less likely to have labor induced (risk ratio [RR] 0.15; 95% CI 0.14-0.17). The risk for primary cesarean birth among low-risk parous women was 36% lower at interprofessional centers (RR 0.64; 95% CI 00.52-0.79), whereas the likelihood of vaginal birth after cesarean for this population was 31% higher (RR 1.31; 95% CI 1.10-1.56). There were no significant differences in neonatal outcomes. CONCLUSIONS: Parous women have significantly higher rates of vaginal birth, including vaginal birth after cesarean, and lower likelihood of labor induction when cared for in centers with midwives. Our findings are consistent with smaller analyses of midwifery practice and support integrated, team-based models of perinatal care to improve maternal outcomes.

via The Well-Rounded Mama http://bit.ly/2ToWmQl
Posted by Notes From The Fatosphere at 20:56