By the early 1980s fat feminism was spreading through a number of groups in the West, though fatphobia remained a big problem within the women's movement and society in general. Radical lesbian feminism of the period, including separatism, helped to establish an infrastructure of organisations, venues and businesses where fat feminism could be explored.

One of the ways in which lesbian feminists of that time did this was through photography. During my research travels to the archives for my book, I came across startling and powerful photographs of fat lesbians by Cookie Andrews-Hunt, Cathy Cade, Zoe Mosko, Lynn Levy and Judith Clarke. Vida Gallery in San Francisco hosted Fat Fridays for a period, and showcased images of fat lesbians. I have included blurry me-in-the-archive phonecam images here but would encourage readers to try and find the originals.

Andrews-Hunt, a leather dyke and photo editor, produced Images of Our Flesh in 1983, a calendar featuring pictures of The Fat Avengers, a fat lesbian feminist group from Seattle. Perhaps this influenced later activism such as the calendar produced as a fundraiser for Heather McAllister when she was undergoing cancer treatment, or the annual Adipsitivity calendar.

Cathy Cade's A Lesbian Photo Album from 1987 documented fat feminist community in the Bay Area, including Judy Freespirit. Her photograph of Pandoura, which I think may be from Images of Our Flesh is a rare glimpse of a fat lesbian of colour from that period.

My favourite photograph from Images of Our Flesh is Judith Clarke's portrait of Banshee. She is wearing a Fat Liberator t-shirt (Stop Fat Oppression: Support Fat Dykes) and looks so contemporary, meaning of her time as well as timeless. I can imagine bumping into her in queer community today.

Some of these photographers are now dead, some of this work is sadly obscure and exists only in the archive. But they resonate so strongly for me because they are visual depictions of community, of those who came before, they remind me that I am part of a movement, and they look absolutely fantastic. 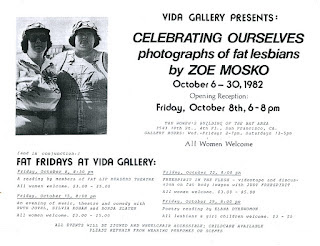 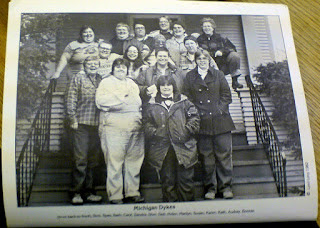 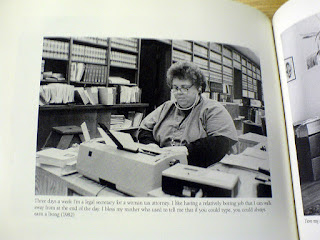 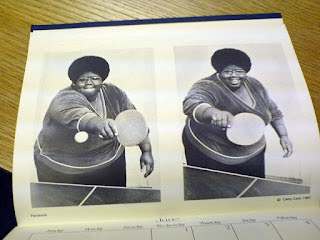 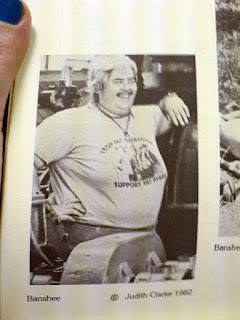 via Obesity Timebomb http://ift.tt/2ahlFA5
Posted by Notes From The Fatosphere at 09:52