This morning as I was packed onto the train, like a sardine, I began to notice something that has really always been a suspicion of mine. If a body of a person is below the average, their own spatial awareness of how much space their body (plus backpack) takes up is lessened or non-existent. I would love for a full scientific study on the matter to be launched at once, but I’m going by my own 1 year’s worth of observations on my morning train commute.

It all solidified for me today as I found myself contorting and becoming one with the affixed luggage rack on my train car this morning so that others may pass me to get off the train. I looked behind me and saw that the two very slim people beside and behind me didn’t move a single muscle to let people pass them, they literally stood stock still even though they had more room than anyone else due to a seat being remove from that area. I was incensed, of course, because I was physically forcing my body to smash into metal poles just to let people by me.

Seeing these other two assholes (c’mon!) not give a shit really ticked me off, but also just bludgeoned into my head again (and again, ad nauseam, always, infinity) that my body is wrong/not normal/not okay/never accepted/should always make accommodations for others/something to be ashamed of/etc. As though I didn’t already have this message drilled into me with every breath I take or step I make in the fucking world. UGH!

I am constantly battered by bags, backpacks, and bike wheels and almost always have mystery bruises as a result. I mean, first off, folks do not give a flying fuck about anyone when they use public transit to/in SF. Also, most people have no idea how much space they + their bag take up or need to move around or let others pass by. I have had better days, of course, but more often than not I feel as though my larger size somehow makes me more invisible to people out in the world. Is it willful on their part? Who knows?! Sometimes it definitely is, other times probs not.

I think when you’re constantly forced to question if you’ll fit in a seat/chair/etc you become more aware of the space your body takes up. I know my body’s exact measurements, but my slim or average sized friends do not. I know how to put on and take off my backpack on the train in such a way as to not disturb anyone else. I also had a deep fear instilled in me from birth about disturbing others, so there’s that. Ha-ha!

Twice this week I did something new on the packed morning train (they just changed the schedule, it wasn’t so bad before). First, when someone thought they had moved out of the way so I could pass by, but their bag blocked the way as much as their body did, I said aloud, “Yeah, I can’t get by.” and waited for them to move. They did. Second, when there was a free seat in a four seater (they face each other) I asked the very young and slim guy if he wouldn’t mind moving to the one by the window, (so that I could be more comfortable on the aisle where I wouldn’t be smashed) and he did without a word. Not gonna lie, I felt a tiny glimmer of full on spinster pride with that one. “Outta my way, Sonny!” Ha-ha!

It’s been tough lately, due to the new train schedule. I’ve had to stand for the entire ride, which doesn’t sound so bad when it’s the express (35-45 mins), but I have a knee that locks up something awful and then I limp the rest of the day. I’m also claustrophobic and being packed in with so many others on hot mornings like we’ve got this week has been such a test of my metal, lemme tell ya! Whew! I have to think about any and everything else in order to not panic and freak out. When I have a seat I’m usually okay. City folks will elbow you outta their way, though. And the Bikes!!! UGH! Mostly I get hit with those as they are boarding or coming off the train and being carried by their riders.

This is the first job I’ve had where I didn’t commute in my car. My car was always my security blanket! Even when I had horrendously long commutes, I always just went with the flow. But the train has forced me to work on my morning time management (I suck the worst at this) and prioritizing what is necessary to bring with me as well as reading sooo many books on my old-ass kindle! Taking the train has been tough, but honestly it’s also a sanity saver. I’d rather be reading on the train for an hour than sitting in traffic. Plus we have a pre-tax commuter benefit thing at work, so that helps.

Do I have a point?! I guess not. Just, I dunno, feeling like people just aren’t very self away especially when it comes to how much space they take up. It almost seems to me at times that smaller folks take up twice the space that a larger person ever would. Again, more to do with how the world treats us and makes us feel like we MUST contort our entire lives to fit into a world that shuns and hates us. UGH! NOPE! Not gonna! Maybe next time I will turn around and just tell those fuckers to move the hell outta the way! *shrugs*

Thanks for reading this pointless post. Ha-ha! I want to write about more stuff, so please hit me up with some suggestions.

My blog’s Facebook page for things I share that aren’t on this blog (body positive always, funny sometimes):
http://on.fb.me/1A18fAS  Or get the same “shared” content on twitter: @NotBlueAtAll
I also have an Instagram, I rarely use it but would like to more…encourage me to?:
http://ift.tt/1NpWevR
And as always, feel free to drop me a line in comments here or write me an email, I love hearing from readers:
notblueatall@notblueatall.com
If you would like to support this blog, and it’s archives, via paypal, you may do so here: http://bit.ly/1P2cZgO 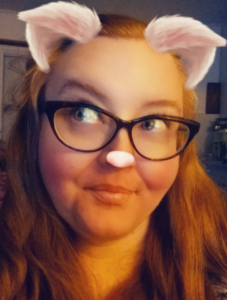 via I'm Not Blue at All http://ift.tt/2pyYSYj
Posted by Notes From The Fatosphere at 17:41