Well hello!  It’s been a while, hasn’t it?  I am going to work hard to remedy the dearth of posts over the coming weeks.  I miss writing here so much, I need to re-focus on it.

So what’s happening?  Well, firstly I want to thank everyone who contributed to my GoFundMe for the Sydney Cyberhate Symposium.  It was a success and I attended last week and gave papers at both a panel for ANZCA at Sydney University, and the symposium itself.  I deliberately remained fairly quiet about it all before the event, as I and others were understandably nervous that giving away too much information might draw some fresh abuse and harassment either at the events themselves, or online in general.  Both events were amazing and I will be writing more about them shortly.  I am also hoping to get a copy of the video recording of my keynote so that I can share it.

The other big happening in my life is that I’m hobbling around in a “moon boot” after taking a rather spectacular fall about six weeks ago.  I mean the fall itself wasn’t spectacular, unless you count spectacularly embarrassing (thankfully the construction workers I fell in front of were really nice), but the injuries kind of were.  Chipped a bone in my wrist, broke the tip off my fibula, turned my right palm and left knee into bloody pulp and sprains in both the wrist and ankle.  We didn’t discover the fracture in my ankle until a couple of weeks after I did it, when it didn’t heal.  Then it was moon boot time.  I of course, could not leave the moon boot in it’s original grey form, so I decked it out with some woodland creature themed stickers. 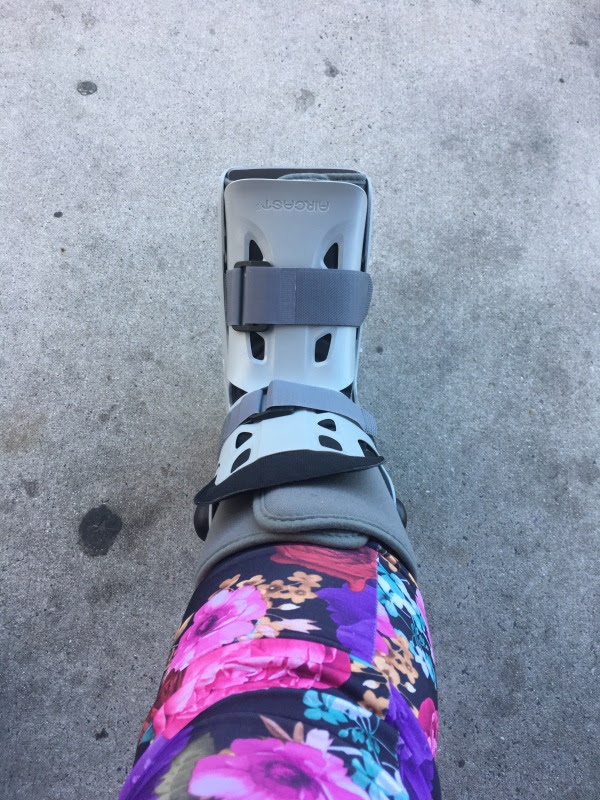 I’m not sure how much longer I’m going to have to wear the boot, I can honestly say I’m quite sick of it already!  It has really reinforced to me just how little of our world is made easily accessible for people with disabilities – but I think that should be a whole post of it’s own.

Otherwise, some things I think you should all catch up with if you haven’t already:

Catch you all again soon!

via Fat Heffalump http://ift.tt/2tWnBrt
Posted by Notes From The Fatosphere at 21:32