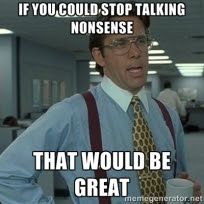 A fat yoga instructor and blog reader asked that I blog about this, and it’s my pleasure to do so because it’s important that we discuss the ways and places that fatphobia rears its oppressive head, and that we remind ourselves that fat bodies aren’t the problem, fatphobia is.

The fat yoga instructor asked the 20,000+ members of a fat yoga teachers group on Facebook to please consider dealing with any weight-based biases they might have that are keeping them from being able to properly welcome and teach fat students: 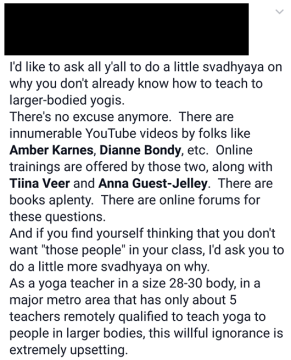 A svadhyaya is an introspection or self-study. “I’d like to ask all y’all to do a little svadhyaya…” Sounds like a reasonable request to me, but apparently not to Randy Hodur who took it upon himself to speak for most of the group, insisting that the post offended a whopping 90% of its members.

Despite having to deal with someone proving that he is an asshole by pulling percentages out of it, the OP remained calm and collected: 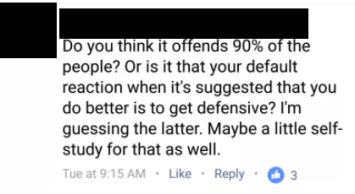 As if striving to prove the OP’s point for her, Randy immediately misplaced all of his shit (trigger warning for misogynist bullshit and language from here on out. Feel free to skip Randy’s messages if you don’t feel like dealing with it.) 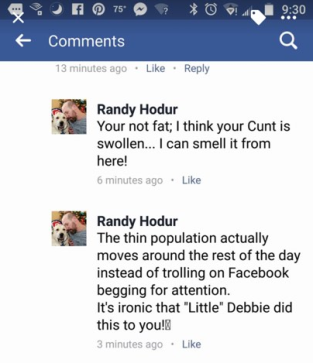 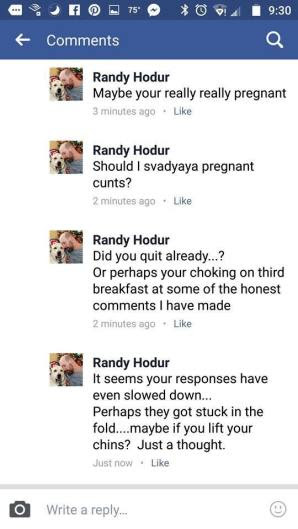 It’s ending with “just a thought” that really puts the shit icing on this crap cake. I’m not 100% certain that anything he’s said here qualifies as a thought, but we’ll leave that analysis for another day. It turns out that Randy’s girlfriend owns a yoga studio and people in the group were wondering if maybe nobody should ever go there lest they run into Randy.  He decided to fix the situation by attempting to win gold in the Non-Apology Olympics: 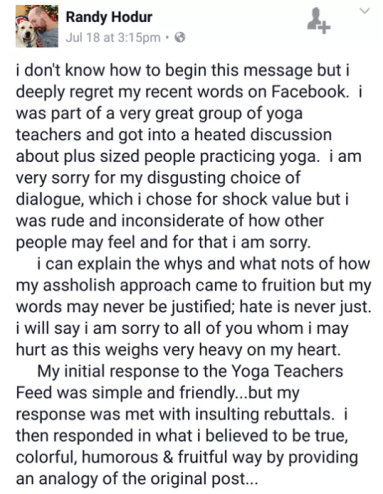 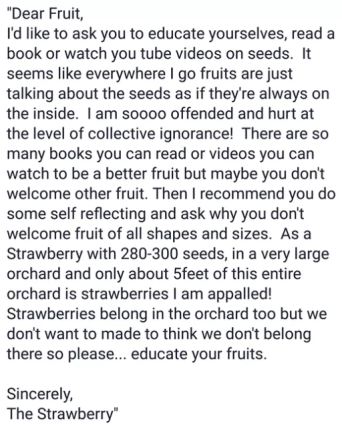 There is a great breakdown of the “apology” here.

Randy’s girlfriend reach out to the fat yoga instructor to apologize for her boyfriend’s abuse and to assure her that Randy does not teach in her studio, which is definitely a relief.

The Yoga world has many issues including appropriation, racism, sizeism, ableism, classism, queer and trans phobia and more.  A great place to start understanding and dismantling these issues in addition to the excellent teachers mentioned by the OP (and in addition to ongoing svadhyaya) is Decolonizing Yoga.

In general, notice fatphobia when it happens, call it out when you can, and always refuse to normalize it or blame the victim.

Ready for a world where fitness doesn’t come with a side of sizeism:

via Dances With Fat http://ift.tt/2uSTUJm
Posted by Notes From The Fatosphere at 01:06