Why Can’t Plus Size Stars Find Dresses for the Red Carpet? 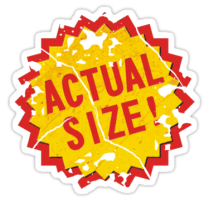 Award shows represent the big time for designers as they vie to dress the nominees and have their creations seen and talked about all over the media. A quick Google search finds thousands of articles that discuss, in exact details, precisely how the stars get ready for their big day — starting weeks or even months ahead. But there’s one story that doesn’t get told, the story of the plus-size nominees who can’t get designers to make dresses for them at all.

Melissa McCarthy talked about the issue in the July 2014 issues of Redbook:

“When I go shopping, most of the time I’m disappointed. Two Oscars ago, I couldn’t find anybody to do a dress for me. I asked five or six designers — very high-level ones who make lots of dresses for people — and they all said no.”

That’s right, even if they are incredibly talented, fabulously funny, able to break through Hollywood’s staggering size bias, and nominated for one of the most prestigious awards in their field, plus-size nominees still can’t get any respect from the fashion industry. You would think that designers would want their clothes to be seen on a woman who represents billions in buying dollars, but it turns out they would rather cling to their fat bias.

Two years later, as she was preparing for the premiere of the Ghostbusters reboot, Leslie Jones took to Twitter with a similar lament.

Read the rest of the piece here!

via Dances With Fat http://ift.tt/2ynz3Mp
Posted by Notes From The Fatosphere at 04:28