Holy shit! Yes, it’s true, it’s real, and I have been assured, that 40 IS in fact a Thing! Whaaaaaaat?! In 7 days I will turn 40! I had been very excited about this for some time, as not everyone gets the privilege. I’m also facing this, among so many other things, alone. (Note: I did not say lonely!!!) As life is known to do, it grabbed me by the shoulders and shook me, HARD! Last week I was fired, right out of the clear blue sky, for literally doing my job! (Obviously not what they put down on paper, but I didn’t work for dummies.) I’ve never been fired before, and I’m still in shock. Just a few weeks ago I was pulled aside by a VP and told that they upped my equity because, “You’re an important and valuable member of the team!” So, trust no one, basically. 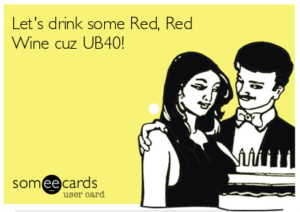 While my head’s still spinning and I’m questioning reality, it has also shown me who is there, who is real, and who will show up for me when needed. Two weeks ago I walked the runway as the most awkward model in Curvy Girl Lingerie’s annual fashion show. And this past weekend I did a little song and dance number for Big Moves Bay Area’s annual “A Taste for Dance” show. The contrast between  those two events is night and day! They were both body positive, of course, but only one was truly fat accepting and inclusive, IMHO. I’ll get into that more soon, as I have the time I should do my absolute best to get back to writing if I can. My block has been unbearable! (Perhaps I’ll talk about that soon as well.)

I have been single since March, but I haven’t really been interested in dating much. Yes, I’ve gone on a few dates, most good, one terrible, and one awesome one.  I’ve had some heavy crushes (the current one is made of magic, I swear!), had some minor hurts and heavy disappointments, but overall I’m good in that department. I’ve been more focused on work and building/maintaining friendships. Ultimately, I would like to meet people to date and get to know and connect with on a deeper level. Dating has changed, even online dating has changed in the four years I was in an LTR. Luckily I have a strong bullshit detector, and don’t waste time on fools. I have become more secure in my own sexuality and identities (Bi-Sapio-Femme), though, and I am glad for that!

I don’t really feel as though I’m at an ending of something, though. It feels more like the start of something…big! I’ve had this feeling for awhile, that I’m on the brink of something awesome, and I guess getting canned made that suddenly become even more clear. Just wish I knew what it is so I could get right on it or at least begin the research! Ha-ha! I trust in the journey and the process. I trust in the people who have become my support system to steer me away from disaster. I really just haven’t a clue what it is I’m meant to do at this particular juncture of life. *Shrugs*

I have wanted to post here for some time, but never could get the words to come out. I want to change that. I want to share with you my thoughts, feels, struggles, and joys. I want to rebuild and repair the relationship I once had with my readers, and hopefully in doing so attract new thoughts, ideas, and people into this sphere. As I have been inspired by fat community countless times, I hope to give as much back as I can. It is what makes me do these intimidating things and continue to challenge my own and others misconceptions about fatness, feminism, bodies, autonomy, fashion, connections, and you know, just, like, every damned thing! Ha-ha!

I know one thing is for certain, I have the love and support of my nearest and dearest friends all over the world. I carry that with me for the tough moments. We just never know what the universe has in store for us at any given point in time. I want to thank those who have seen me when I felt the most unseen, held me when I struggled hardest against my own journey, and gifted me with their truth and their stories when they saw that I wanted to listen. It is through these interactions and connections that I have found strength and light in a world that seems unreal and cruel.

Birthdays are really tough for me, when I hope or trust, I get mostly hurt and trauma. So, I can’t. I know this is the past getting in the way of the future, but it’s a wound that refuses to close on it’s own. I have a tiny, glimmering, pinprick of a hope that this year’s and all the ones going forward will help to heal this wound.

I see friends celebrate their entire birthday month with something each day, but that sounds almost terrifying to me! Ha-ha! Then again, every single thing I had planned this month has been terrifying, and I’m a firm believer in getting out of your comfort zone, but this? Celebrating myself? No, that feels so wrong. So, perhaps I’ll simply share a thought or memory or photo for the rest of this month and hope that you will chime in with your usual wit and wisdom! 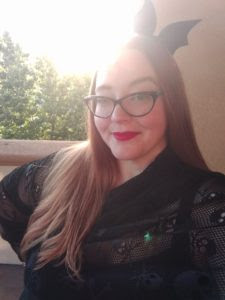 If you would like to support this blog (the hosting bill is $150 and coming up next month!), and it’s archives, via paypal, you may do so here: http://bit.ly/1P2cZgO

via I'm Not Blue at All http://ift.tt/2xPplBB
Posted by Notes From The Fatosphere at 00:41