Fired for Being Fat 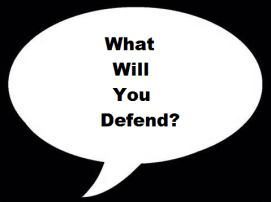 Recently eight Egyptian television hosts were told that they must lose weight or lose their jobs. All eight hosts were women, and they found that they had been deemed “too overweight” to appear on camera and were given a one month suspension during which they were told to diet and lose weight.

Since this happened I’ve seen a number of attempts to justify this, which tend to fall into two main categories:

This is a business and if the people who run it think that people are more likely to watch thinner women then they have a right to only hire thin women.

My first question about this argument is always the same – what other prejudices are you ok with businesses indulging?  Now, prejudices are different – they come from different places, they have different histories, they benefit different people so I try not to directly compare them, but this isn’t the first time that something this blatant has happened:

I remember doing activism against Cracker Barrel which had enacted a policy in 1991 that they would not hire, and would in fact fire, employees who didn’t conform to “normal heterosexual values.” Under pressure from activists they retracted the policy in 2002, saying that it had been a response to the “perceived needs of their clients.”  Apparently Cracker Barrel perceived that their clients needed to be served their country fried breakfast by a straight person?

Also, who could forget Citizen’s Medical Center in Victoria, Texas who decided not to hire anyone with a BMI over 35 because they felt that their employees “should fit with a representational image or specific mental projection of the job of a healthcare professional.” They also bowed to pressure from activists and rescinded their policy.

In order to make the argument that it’s ok for experienced television hosts to lose their jobs because of their body size, you have to agree that it’s ok to prioritize bigots over qualified professionals, and just as I’m not ok with doing that in a Presidential election, I’m also not ok doing that with newscasters.

Health and body size are not the same thing, but that’s not particularly germane to the conversation because health is not an obligation or a barometer of worthiness, it’s not entirely within our control or guaranteed in any circumstance, and “health,” by whatever definition, should not be a prerequisite for being a role model or acknowledged for one’s achievements. The idea that someone, of any size, should have to meet some level of “health” in order to be appreciated for their talent or be a role model is horrifying, and is the definition of healthism.

Even if people believe that fat people are fat because we engage in behaviors that they think are unhealthy, that still doesn’t justify this.  We can look up to people for their achievements, appreciate their talents, we can make them our role models based on their accomplishments, even if we don’t agree with every choice they make about their personal health – because those choices are between them and their doctor and whomever they choose to include. Professional football players are an excellent example of this.

The bottom line is this: suggesting that only thin people should host television shows is bigotry, full stop, and it’s wrong. Many will try to justify it in any number of ways because they enjoy engaging in (and/or they benefit from) sizeism, but there is simply nothing that justifies this unless you think that blatant bigotry is a justification.

Did you miss the
Fat Activism Conference?
It’s not too late!

You can still register to get access to all the recordings, transcripts, speaker handouts, and the conference goody bag! Get recordings of all 30 speakers talking about everything from “Re-Imagining Fashion from an Inclusive Framework” to “Activism for the Introverted and Anxious” to “Building Fat Patient Power While Accessing Healthcare” and more. The pay what you can option is still available so that money is not a barrier.

Registration closes October 9th (though of course you’ll have time after that to listen and download.)

via Dances With Fat http://ift.tt/2do2CIN
Posted by Notes From The Fatosphere at 03:56