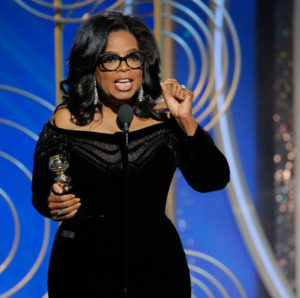 I did not catch the Golden Globes last night on t.v. I had completely forgotten about them and thus forgot to set my DVR to record. Part of me was disappointed to have missed it, it seemed like an important thing, but now that I’m seeing some of the things that came out of the ceremony I am glad I missed them. With one exception, Oprah’s acceptance speech. When I was checking my notifications on Facebook this morning I couldn’t help but see quotes from her speech over and over again in my feed. So I watched her speech and I was deeply moved. There were a few takeaways that felt especially poignant, but one shone brighter than the rest.

“What I know for sure is that speaking your truth is the most powerful tool we all have”
Oprah Winfrey, 2018 Golden Globes speech, accepting the Cecil B. DeMille award. 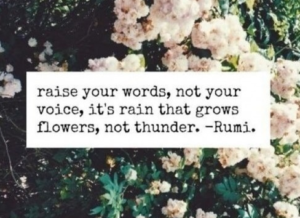 I believe that speaking your truth, sharing your story, is the most powerful thing a human, but especially an oppressed/abused human can do. It reclaims our voices, it connects us to others, it inspires others to speak their own truths, and the cycle continues. It took me a very long time to tell anyone about the abuses I survived. Before I spoke my truth, I began to write it down in a private journal. I had hinted at things with my then-husband, but he also survived abuse and it was difficult for him to open up about it or to hear what I had been through. It was easier to just know without truly knowing.

It wasn’t until after I opened my cafe, and started this blog, that I connected with a customer who I always had the most interesting conversations with.  She was working towards becoming a psychologist, but we mostly talked about women’s issues or human connections in general. I don’t recall what specifically prompted me to share my story with her, but it felt like time had stopped. It was just she and I in my cafe and we had been talking for a bit when I finally said, “I was trapped in a physically and emotionally abusive relationship from ages 14 – 19.” with a flippant tone in my voice. Her face was shaped by empathy and compassion and an interest in hearing more, but she was so gentle yet encouraging that more just flowed out of me. 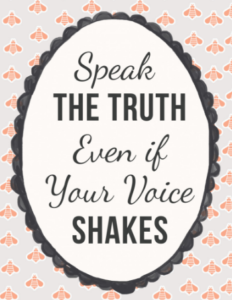 I had spent so many years pretending that nothing had happened that for a very long time I didn’t know how to talk about it, even what words to use. That day in my cafe I made a decision, though unconscious, but it was the most powerful choice of words I may have ever made. It was the first time I said, “My abuser” instead of an ex-boyfriend or some other such term. My abuser. That is what he was. My abuser. That is how I reclaimed my voice. My abuser. That is how I found a way to share my story without blaming myself because I finally understood just how common abuse is. My abuser. I finally felt that it was okay to share, to not hide from, my story. By making that choice of words I realized that it was never my fault, I did all that I could to survive, and that I was worthy of goodness for the first time in my life.

I have moments where I wish that things were different. I wish that I had had access to therapy and support when I finally escaped the abuse. I wish that I had told my friends, that had been pushed away years before when we reunited what I had been through. Instead, we were simply happy to be together in the big new adult world we were all thrust into and thus turned to partying together as a means of bonding and exploration. It was just easier. Being nineteen is a strange time, a great time, but far too open to feel grounded or tethered to anything. I placed myself in compromising and risky situations because that was all I had known until then. I allowed myself to be used and discarded until I couldn’t anymore. Those people didn’t want to know me, to hear my truth, or to even see me as wholly human. It was something I needed to do, I suppose, in order to find a way to a new life and sense of self. 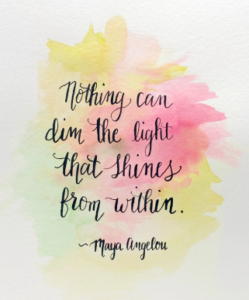 Sharing my truth with a complete stranger allowed a light into my soul that had never seen anything but darkness. It guided me to so many opportunities and friendships. It brought people and their stories into my life and I am forever grateful for that! We all have a story to share, a truth to bare, and maybe don’t have the words yet. That’s okay! Maybe you think no one wants to hear it, as I once did. I can assure you that this isn’t the case. Often people simply are afraid to make matters worse by even bringing things up. Many want to hear and will bear witness and support you, given the opportunity. It is hard to tell, though, who those people are. I have been told by those I love that they do not want to know. My ex-husband eventually asked to hear it all, but it was towards the end of our marriage and I think he may have regretted it afterward. By that time I had been sharing my story on my blog and had better practice at it.

Every time I share my truth, my story of survival and even my current struggles, it lightens that burden and I feel a little freer. I feel less alone in the world, less helpless and afraid. We do not have to suffer alone and in silence. I feel that we are in a new era of women finally getting heard after millennia of being silenced. When our experiences and struggles are heard and held in the same esteem of men in power we will finally have equal footing in the world. Until then it is up to each of us as individuals, regardless of gender, to listen to those truths, to share our own, and continue this cycle of human connection and strength and vulnerability. There is a great power to be reclaimed and to heal ourselves within this. I have great hope for the future because of it and I hope you do, too.

<3
S
Please take a moment to select the type of content you’d like to see more of on this blog. It is a brief poll with a comment box at the end if you have anything to share. Thank you so much in advance! http://ift.tt/2CIxMVL 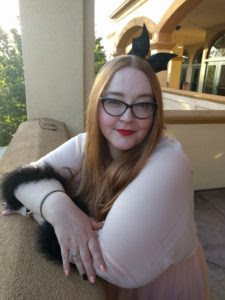 P.S. Check out and use the hashtag: #FatAndFree on Insta & FB!
And my hashtag #DateMyDamnSelf on Instagram if you feel so inclined

via I'm Not Blue at All http://ift.tt/2AIc8Mo
Posted by Notes From The Fatosphere at 15:11