I was just reading this post over at Fatty Unbound, about why she no longer blogs about fatshion, and I was just hit with such a wave of sadness.

Don’t get me wrong, I understand why she, and so many others have decided to give up blogging – I have a lot of the same feelings myself and it makes it really hard to keep blogging the way I used to.  But understanding why doesn’t mean I’m any less sad that so many amazing, bold, innovative fat activists and/or bloggers are deciding to pack it in.

The reality is, body politics have been branded and corporatised.  Companies are taking the work that we did, for generations – remember fat activism has been around since the 60’s, and they sanitise it, sand back the rough edges, take out all the radical messages and sell it back to us, as this awful, bland, homogeneous pap called “body positivity”.  And so many people just lap it up.  Many through no fault of their own – they simply haven’t seen any alternative.  The brands and those who are keen to represent them simply have volume and a bigger platform than your average radical fat activist.

And look, I get it.  It’s bloody hard work to keep up as a radical fat activist.  This shit grinds you down.  It takes a lot of emotional energy to step up and put your life out there as a fat person.  There aren’t a lot of rewards for the average fat woman to put herself on the internet and speak up for fat women’s rights – unless you’re young, white, cisgender, able-bodied, a smaller fat, have an hourglass or pear shape, have a pretty face and have access to a lot of new clothes, makeup and photography, and are willing to smile and play along with the expectations of the brands who will fund you if you’re a nice, good fatty.

There are also a lot of negatives that come with being a visible fat woman.  The constant stream of concern trolling, ignorance and sheer bigotry you have to face is so corrosive, it eats away at your energy levels and is so frustrating dealing with people who refuse to listen or think about the ignorance they’ve swallowed and regurgitated for so long.  On top of that there is the abuse and harassment.  The constant barrage of shitty little people who have nothing better to do than either wank over you or spend every minute of their time trying to find some way to hurt you.  Or in many cases – both.  The same people who profess they hate you and find you repulsive are the ones wanking furiously over pictures of you.

These things are so bloody hard to deal with.  So I fully understand why so many fat women just decide “Fuck it, I don’t want to deal with this any more.”

But… I still feel sad that this is happening.  I feel so sad that brands and haters have pushed us out of OUR space.  It is ours.  It doesn’t belong to them.  They haven’t worked and fought so hard to carve out this space in the world, despite so many telling us we’re unworthy of it.

I feel sad that there are so many fat women who are missing out on what I found all those years ago – radical fat activism that blew apart my world and shook me to the core.  That helped me give up the endless cycle of self hate and suspension of actually living that was my life.  That inspired me to take up fat activism myself, and tell my story and start showing people like me that we do not have to be classed as inferior to people who have smaller bodies than we do.

I don’t really believe radical fat activism is dead – there are still some amazing people out there doing some incredible work.  I think I’ll do a post over the weekend with some links to the ones I really love.  But the numbers are dwindling.

What I really want is for those of us who feel like we’re being pushed out of our spaces and shouted down by brands and haters that we’re not going away.  We’re not letting them shove us out of our spaces, and that all of us that don’t fit their little plastic boxes are still here, we still have voices and we’re still going to celebrate who we are.  I want all the unruly fat women, the ones that are ignored by the brands and told they’re not good enough by the haters to put on an outfit that makes them feel good (regardless of what anyone else thinks about it), hold their head up high and stick their middle fingers in the air and declare “I have the right to exist and be seen in this world too. 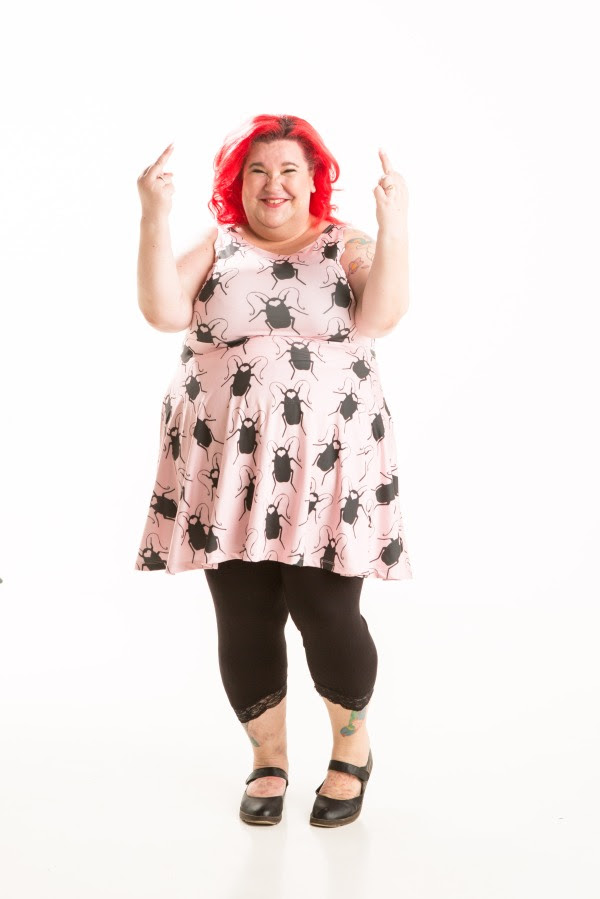 via Fat Heffalump http://ift.tt/25OfHLy
Posted by Notes From The Fatosphere at 04:34