In the past few months I've had the pleasure of becoming acquainted with an entirely new group of women because of my transfer at work. It began with moving from the Soo to Sudbury and transferring from downtown to the north end cemented it. It has been a pleasure and an honour to hear their stories, to be trusted in this way, an effortless connection through being a woman.

What does that mean, exactly? It means growing up and living in the patriarchy, navigating that narrow line of acceptable behaviour, dress and manner in order to try and stay safe, and managing the hurt, anger and disappointment when inevitably we are injured in some way. It does appear to me now that it IS inevitable; every new woman I meet I can connect with instantly through the sharing of our mutual stories of assault, harassment or shame. It's not exaggeration to say it's every woman. So far, it is. And if I haven't heard their story yet in full, I've picked up on enough to get a general idea from the way they talk about themselves or their past relationships .

When you grow up in a world that sees you as less intelligent, strong, able, and therefore valuable than the other half of it, it leads to all kinds of problems that we see around us every day but are so ingrained in our society that to name them all and then try to fix them all feels like too much. It's so much, so big that I don't even want to put the effort in to write it here. The statistics are out there if you want them, on rape and abuse and pay inequality and representation and everything else. It's out there literally at your fingertips on the keyboard. Those stats aren't my point today, the day after Canada's day of Remembrance of the Montreal Massacre. Anyone reading this who wants to keep thinking we don't have a problem as a species is delusional and ignorant in the extreme, and I'm not going to change their mind. 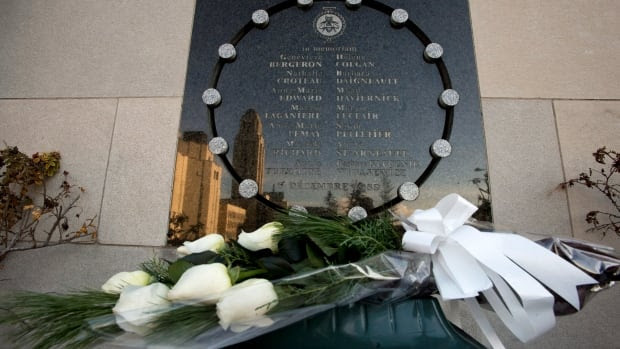 My point is that you are not alone; male or female or somewhere in between, I hear you and I know that you have been hurt in some way by this world we live in, and it's arbitrary rules about who is valued and who is not. If you're a man who dares to have some feminine qualities, like having emotions, you know what I mean. It's that lack of respect for the feminine, the experiences of that disrespect I share with so many people, that tie me so effortlessly and quickly to them. The ties that bind us are red with blood; blood from split lips or broken hymens, spattered on walls or staining the carpet. Those ties are purple and blue from bruises hidden by turtlenecks and long sleeve shirts, sunglasses, and pants in the summer. It's scratchy along the edges like wool, but instead of warmth all we hear are the nagging voices internalized telling us we aren't good enough, pretty enough or smart enough to really matter.

And yet women rise, over and over again, through millennia of neglect and abuse, and continue to do the work of living. We choose to trust, over and over again, despite all the weight of history, personal and global, that says we shouldn't. After all, not all men are abusers. Not all men are Nice Guys. Not all men. But all women, all women without exception have lived in this and experienced life this way. The unfairness of it, the horror and brutality of it, is compounded the less valuable you are; fat? Black? Native? Disabled? Queer? Welcome to starting off the race five steps behind instead of just one.

But still we rise, over and over again, to live and do the work of living. To start over, to begin each new generation with the same sweet hope as the one before; this time it will be different. And each time it is, a little. Each rising is a wave against an unforgiving, uncaring shoreline. Someday, not in my lifetime and not in Katherine's or my theoretical grandchildren's and probably not even in their children's lifetime, but someday, the dream of true equality will come true.

Until then keep rising. If you're tired, I'll help you. After all, we're tied together.

via Fat and Not Afraid http://ift.tt/2gUiBxF
Posted by Notes From The Fatosphere at 08:35